I’ve loved coaching at my alma mater - I’m not chasing anything... I am not climbing any ladders. I have no interest taking another step. I AM HAPPY HERE.The community is what makes leaving here tough. Women’s basketball at Glenville State has the best support in the country, hands down. It’s a small town, but you are treated right. Don’t go looking for something, especially when it is in front of you!”
​ - Kim Stephens, Lady Pioneer Head Coach 2022 Furfari Award Winner

By J. Mullins,
Sports Editor
In 2015, Rob Smith and Dan Page took over the Little Pioneer Flag Team. With their sons both in preschool, it just made sense. With each passing year, Smith and Page have stuck with that team, recruiting and building that program – from flag to tackle and from C-Team to now A-Team.
Last Sunday, those 2015 Preschoolers played their final game as Little Pioneers, and they went out in style – in the LKC Championship Game.
Both Gilmer and Tyler entered the contest undefeated, as the top seeds in the South and North, respectively. The coin toss saw Roddick Page, Justin Sirbaugh, Cody Smith, and Maddix Wells, the remaining four players from Smith and Page’s 2015 Flag Squad, walk to midfield and meet Tyler’s Captains. Ultimately, the game would come down to defense!
Gilmer had proven to be dominate offensively all season long. They scored 34+ points in every game this season, and they had beat Williamstown in the Semifinal by a commanding, 38-7.
However, the Tyler Knights were defensively ready. From the start, they put the pressure on Gilmer, blitzing on every play. Early on, it slowed the Little Pioneers down.
At the end of the opening quarter, both teams had goose eggs on the board – 0-0. In the second, Gilmer finally managed to get on the scoreboard with a Corben Hall touchdown, but at the break they’d lead by only six, 6-0. For a team that had dominated opponents all season, it was a close one.
On the opening kickoff of the second half, Hall expanded the lead with a 70-yard return for a score. Hall would put one more touchdown on the board with a 50-yard rush at the start of the fourth quarter.
While Hall was putting points on the board for Gilmer, the Little Pioneer defense shut their opponents down! When the clock expired, the Little Pioneer A Team were LKC Champions, 19-0.
Hall finished with 151 yards rushing on 15 carries. He scored all three of Gilmer’s touchdowns!
Ashton Hamric added six carries for 55 yards, and Drayden Shackleford rushed for 35 yards on seven carries.
Gilmer also connected through the air. Page connected on 2-of-6 passes for 48 yards. Smith pulled down both those passes.
While it was their lowest scoring game of the season, the Little Pioneer A-Team Defense was, once again, their anchor. Entering the contest, the team had allowed only 25 points on the season (18 at Braxton and seven in the Semifinal with Williamstown). The Gilmer Defense shut Tyler out!
Hall was also dominate for the Little Pioneers on defense. He finished with a team high 5.5 tackles and pulled in an interception. He and the rest of the Gilmer Secondary proved to be difference makers as they gave up zero passing yards to a very strong passing team.
That secondary consisted of Hall, Shackleford (3.5 tackles), Hamric (2.5 tackles and a pass defense), Liam Robinson (2 tackles and a pass defense), and Trenton Rose (2 tackles).
Other Little Pioneers making stops in the Championship game include: Gabe Carr (2 tackles), Joel Lipscomb (2 tackles), Triston Ratliff (2 tackles), Page (1.5 tackles), and Smith (1.5 tackles).
As the buzzer sounded, the Little Pioneers began to celebrate. For many, this LKC Championship had been a long time coming – years and years! It was a moment of true joy for the athletes, their coaches, and their parents. Congratulations, Gilmer Little Pioneer A-Team – your 2022 LKC Champions!
For Little Pioneer Football, that’s a wrap! Next year, thirteen of those athletes may move up to the middle school and have an immediate impact for the Mini Titans. So, the future is bright for Gilmer County! 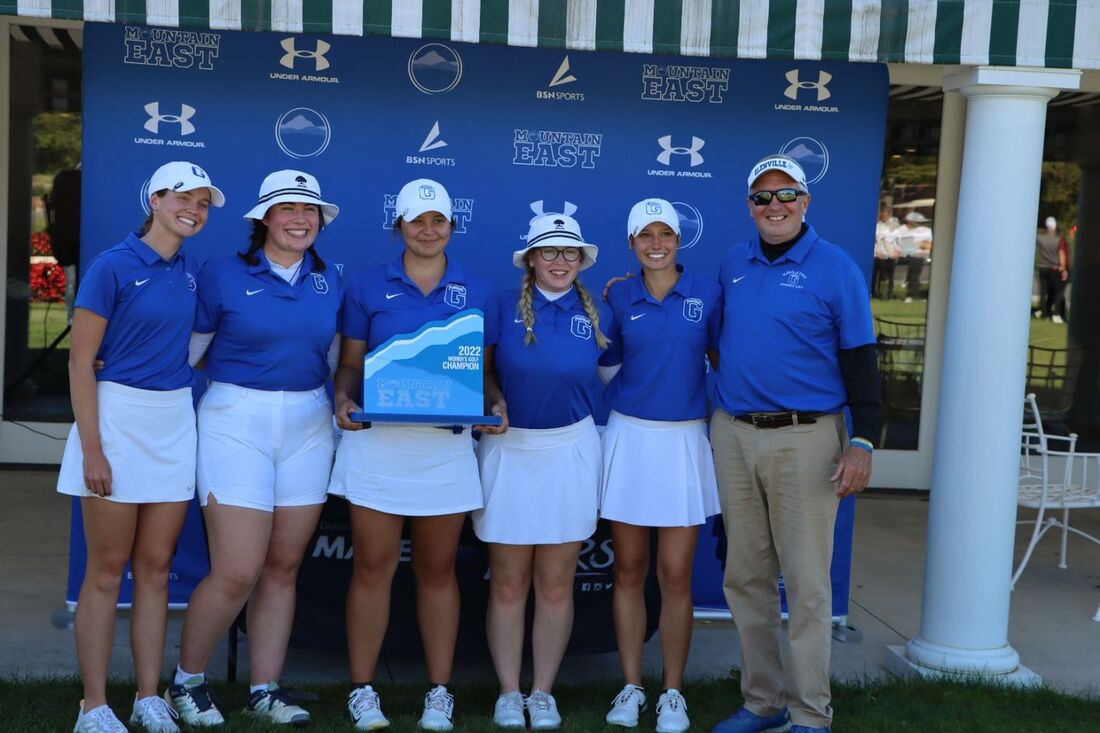 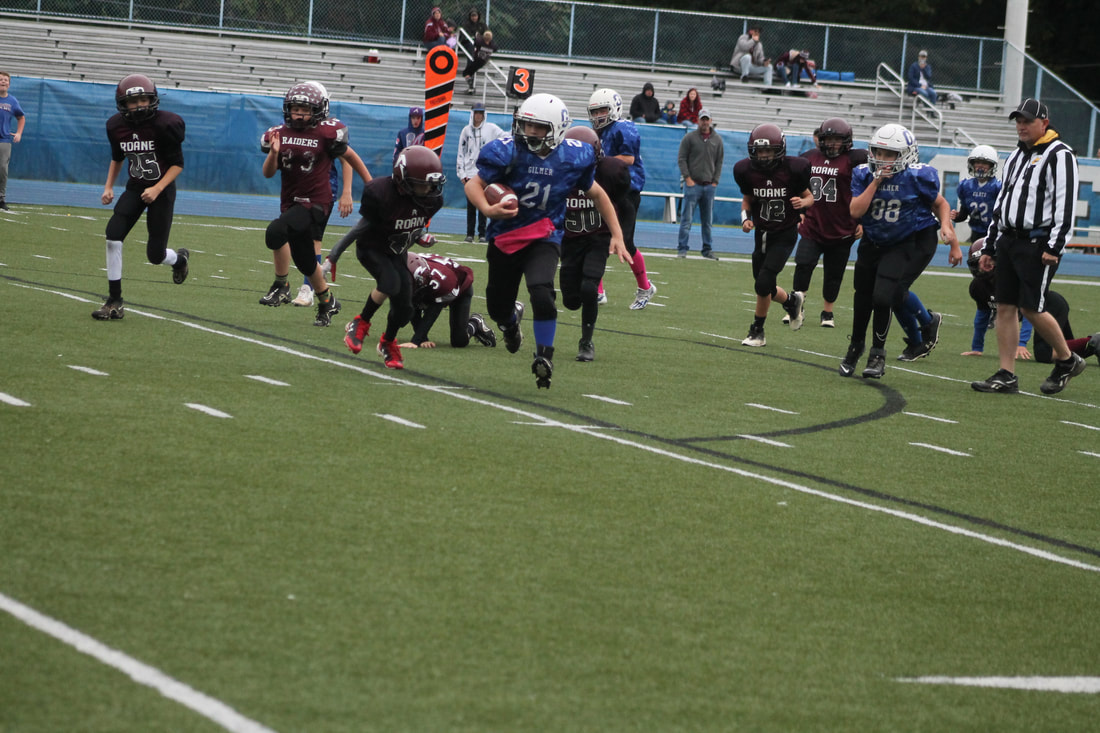 For the Little Pioneer ATeam,it has been quite a journey.The squad, which has 13sixth graders including a handful who have played since Kindergarden, has put in years of dedication leading up to this moment. On Sunday, Oct. 23, the Little Pioneer A-Team traveled to Roane County for the LKC Semi-Final. The game saw them, the #1 team in the South, face off with Williamstown, the #2 team in the North. Their stout defense proved to be more than the Stingers could handle. With a decisive, 38-7, victory, the Little Pioneers advanced to the LKC Championship! Defensively, the Little Pioneers forced Williamstown to commit five turnovers. Fifth grader, Corben Hall led the way with 4.5 tackles and another interception! Gabe Carr had a great game
with 3.5 tackles, a strip, and a fumble recovery. The strip and recovery came on a kickoff giving
Gilmer the ball back! Tristan Ratliff had his own fumble recovery in the form of a scoop for a 60-yard touchdown! Ratliff also three tackles and a sack. Roddick Page added three stops and a strip, and Ashton Hamric chipped in 1.5 tackles and a fumble return for 25 yards. Trenton Rose added two stops. On offense, Hall used 10 carries to rack up 55 yards for two scores. He also had a 60-yard kickoff return for a score! Page connected on 3-of-5 passing for 44 yards, and he added a touchdown on the ground. Smith pulled in two of those receptions for 37 yards. Rose added seven carries for 26 yards, a touchdown, and an extra point. Drayden Shackleford addes six carries for 27 yards. The Little Pioneer A-Team now advances to this Sunday’s LKC Championship. Gilmer
(10-0) will face the Knights of Tyler County (10-0). Previously, the game was set to be played in Ritchie County, but due to the field not being complete there, Ritchie will be hosting the contest at Tyler Consolidated (Sistersville). The A-Team Championship will begin at 6:00 p.m. Good Luck, Little Pioneers!
Win the Championship! 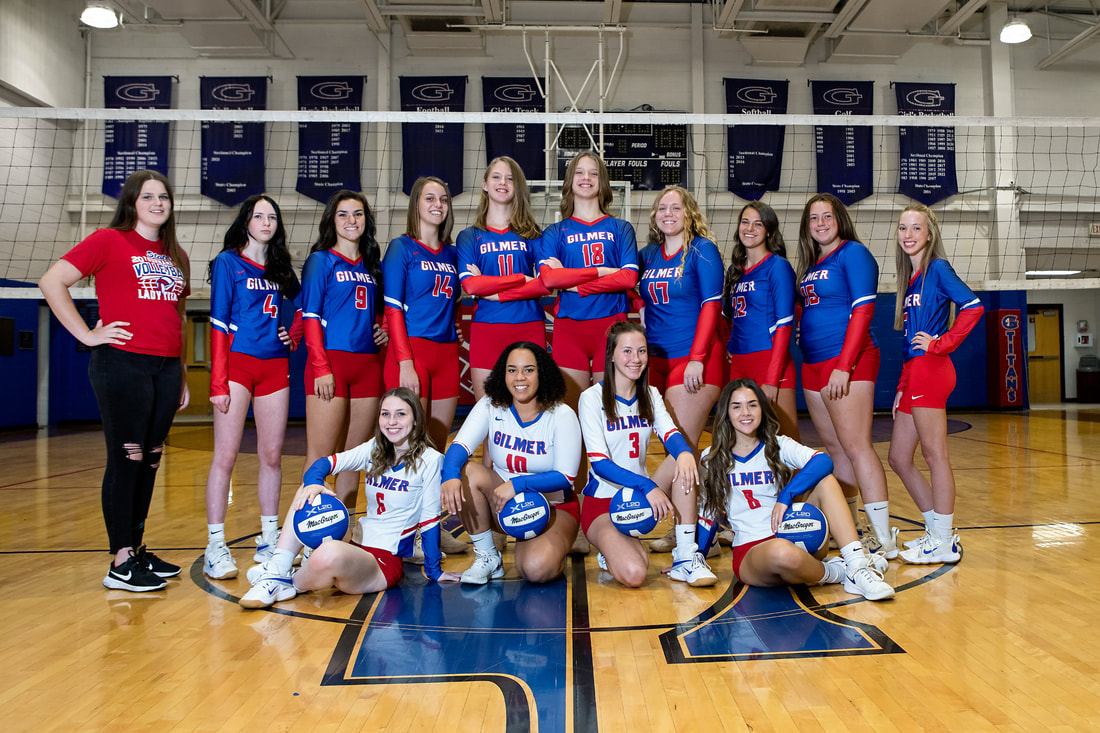 LADY TITAN VOLLEYBALL COMES IN THIRD AT LKC
NIGHT OF CHAMPIONS; TRAVEL TO RAVENSWOOD
OCT. 31 FOR SECTIONAL – Gilmer’s Lady Titans used a
strong LKC performance to earn a spot in the LKC Night of
Champions this past Saturday, Oct. 22. After falling to
Ritchie in the Semi-Final, 0-3, the Lady Titans swept Roane
County, 3-0, to finish third! GCHS, who is (18-17) on the
season, enters Sectional as the #3 seed. They will travel to
Ravenswood on Monday, Oct. 31, to face Hannan at 6:00
p.m. A win will put them head-to-head with #2 Ravenswood!

Submit your sports coverage to the Sports Editor at jamie.e.mullins@gmail.com