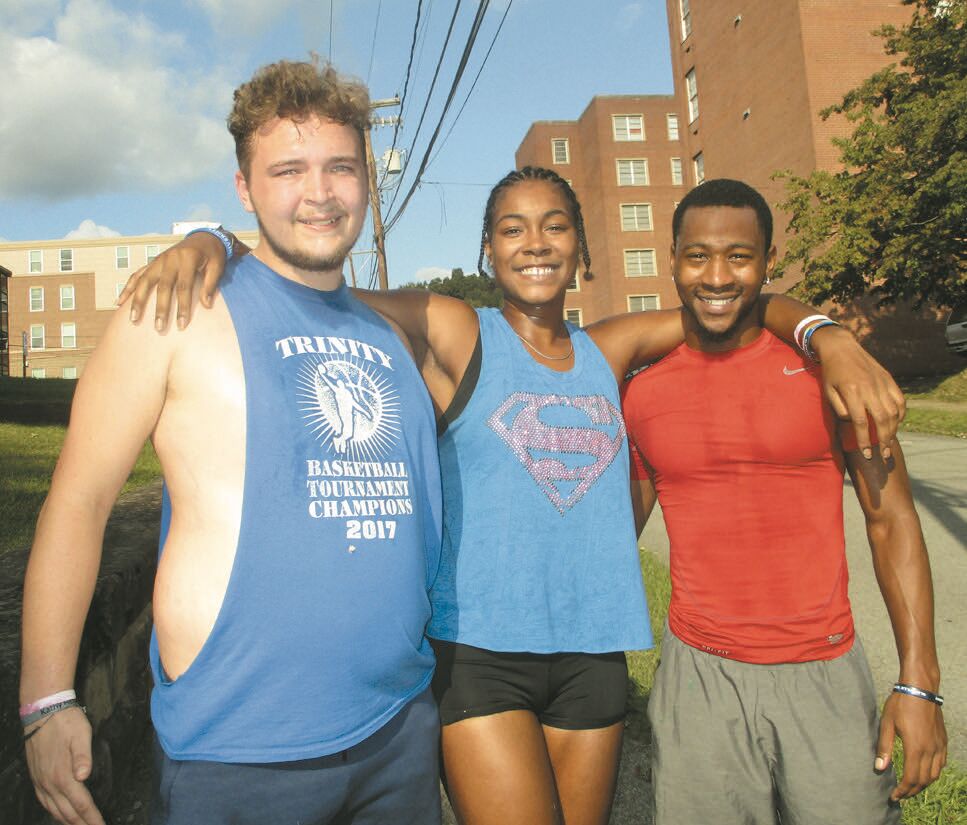 STUDENTS LIKE GLENVILLE: On last Wed., Sept. 14 at 5:30 p.m, many Glenville State University students were energetically running up-and-down North Court Street between the residence halls and downtown. At one point, a young lady seemed to be having a heart attack, as she fell against the Courthouse's steps. This Sr. Editor went over to offer assistance. "Oh no, it's just that my hip hurts me," said Ihoschinya Jefferson (center), a junior majoring in sports management from Newport News, Va. Also coming to help her were Jeremy Taylor (left), a sophomore art major from Hancock County, and Otis Cox, a senior art major from Dougisville, Ga. They were exercising that day in training for Track & Field competitions.
"What do you university students think about Glenville," I inquired. Responding, Ms. Jefferson observed, "It's in these mountains and they are beautiful." Adding to that, Mr. Taylor answered, "The people are so friendly here." So, cheers to the 'Ville!
The whole experience reminded me of the olden days at the West Virginia State Folk Festival, before the days of Golf Carting the 70+ year old Pioneer Belles around the activities. Afterwards, one kind Belle wrote us editors a poem, jokingly reading, "We walked down the hill, then up the hill, down and then up again, until we couldn't walk any more again!" It's a steep hill, indeed. Hence, one thing that these Pioneer Folk Festival senior citizens of the past and the youthful GSU Track Team members of the present time have in common is that at the end of the day, they were all "exhausted!"
For this pictured happy trio's fine spirits and love of GSU and Glenville, they certainly merit this week's "Folks Who Shine" honor!
-David H. Corcoran, Sr., Publisher-Sr. Editor
This Week in WV HistorySept. 22, 1856: Albert Blakeslee ‘‘A. B.’’ White was born in Cleveland, Ohio. He was West Virginia’s 11th governor, serving from 1901–05. He was the fourth person to serve as governor from Wood County, his adopted home.
Sept. 22, 1894: Louis Bennett Jr. was born in Weston. Bennett was West Virginia’s only World War I flying ace. With 12 combat kills, including three aircraft and nine balloons, Bennett placed himself ninth on the roster of aces. This record was accomplished in just 10 days after assignment to his combat unit.
Sept. 23, 1922: Five men were struck and killed at the Glen Rogers mine in Wyoming County when equipment fell during the construction of a deep shaft.
Sept. 23, 1938: The Mingo Oak was cut down after succumbing to the fumes of a burning coal refuse pile. The Mingo Oak, which stood near the Logan-Mingo county line, was more than 500 years old and may have been the largest white oak in the world.
Sept. 24, 1918: George Spencer ‘‘Spanky’’ Roberts was born in London, Kanawha County. He entered aviation cadet training with the first class of Tuskegee Airmen and became the first African-American military pilot from West Virginia. 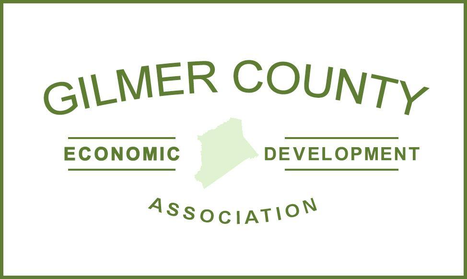 Promoting the development of Gilmer County in the best interest of its' citizens.
Click the ad above to find out more!

Catch up with our Columnists

Myra’s Musings: "I'd Do Anything for Journalism...but I Won't Do That"

Check out her column in this week's edition!